Home Artists Sounds of the 80′s – Unique and Original Covers

Sounds of the 80′s – Unique and Original Covers 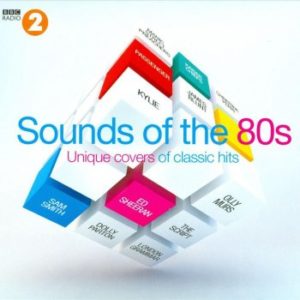 Radio 2 and Warner Music today announce a brand new album, ‘Sounds of the 80s’, a unique collection celebrating music’s biggest, diverse and flamboyant decade recorded by some of todays most popular contemporary acts. Artists including Sam Smith, Ed Sheeran, London Grammar, Olly Murs and Kylie Minogue make up this sensational album which is out on November 10.

Every single one of the 37 tracks is exclusive to this album and is previously unreleased. All songs have been carefully chosen by each artist and truly made their own. Highlights include Sam Smith singing Whitney Houston’s ‘How Will I Know’, Ed Sheeran’s take on Bruce Springsteen’s ‘Atlantic City’, London Grammar with Chris Issac’s ‘Wicked Game’ and Kylie Minogue’s version of Kim Carnes ‘Bette Davis Eyes’.

Kylie Minogue says: “I have always loved ‘Bette Davis Eyes’, by Kim Carnes. It marks a point in time for me as a young teenager in Australia, crazy about pop music. What a thrill to cover this amazing and seminal song.”

The album takes its name from Sara Cox’s popular show on Radio 2 which will exclusively air tracks over the coming weeks.

Sara Cox says: “On Saturday nights we bring you a big 80s disco – all the best music from the best decade and with this album we do that but with a big exciting twist – all your favourite artists putting their own spin on 80s classics. I mean, Sam Smith covering Whitney? It was meant to be.”