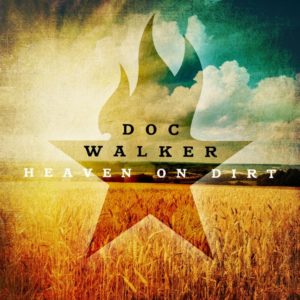 Canadian country legends Doc Walker are back at it again, with their new best of album Echo Road – The Best of Doc Walker. The new single, “Heaven on Dirt” is set to be released this summer, on July 1, 2016.

With this album, listeners will have the opportunity to hear fan-favourites, as well as two new singles from the duo, including the recently released, “Heaven on Dirt”. Produced by Gavin Brown and co-produced by Dave Wasyliw, the song was inspired by what bandmates Dave Wasyliw and Chris Thorsteinson have come to love about country music as a genre – it’s inherent value of authenticity charm and honesty. “Heaven on Dirt” is a song that celebrates real life and one’s genuine appreciation for it.

Even with several mantelpieces worth of hardware to their credit, and a growing international profile that has resulted in three Australian tours, the band refuses to slow down. The duo is set to embark on a fall tour, Echo Road – The Best of Doc Walker Tour 2016, which will take them across the country, through Alberta, Manitoba, Ontario and Saskatchewan.

“Our music speaks to the pride we have in our roots, and the gratitude we have to the fans,” says lead singer Chris Thorsteinson, “and that is the most important thing. At the end of the day, all we want to do is write a record that we love, and that we know our fans are going to love and want to sing along to.”