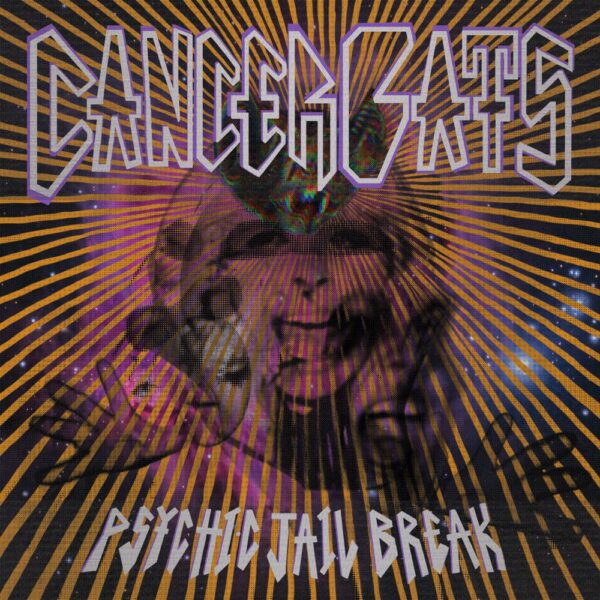 Wasting no time, Cancer Bats open their latest album with the hardcore anthem, “Radiate”, a song that is sure to be a hit in the pit. Accented by a catchy chorus, “Radiate” is overflowing with riffs and a killer guitar solo that are bound to induce moshing almost immediately. Continuing with “The Hoof”, Cancer Bats return to their roots with an up-tempo track that fits between grimy punk and modern metal, largely seen in the contrast between the double-timed verse and the half-time feel of the chorus. While raising the bar with their standout performance, “Radiate” and “The Hoof” set the tone for Psychic Jailbreak as yet another reason as to why Cancer Bats remain one of Canada’s premier hardcore punk bands.

Throughout the 11 tracks, the band displays a visceral performance that, while not necessarily reinventing the wheel, makes for a killer record. Among the album, highlights include the sludgy, Alice In Chains inspired “Hammering On” – a song equally notable for its wall of distorted sound as it is for its haunting vocal harmonies – the relentless “Crocodiles”, and the explosive “Shadow Of Mercury”, a trio of back-to-back songs placed in the middle of the record that mark a high point for the album. Additionally, the blistering pace of “Rolling Threes” and the riff-heavy, Black Sabbath-influenced title and closing track are also worth mentioning.