Home Uncategorized By George – By Bachman: Songs Of George Harrison

By George – By Bachman: Songs Of George Harrison 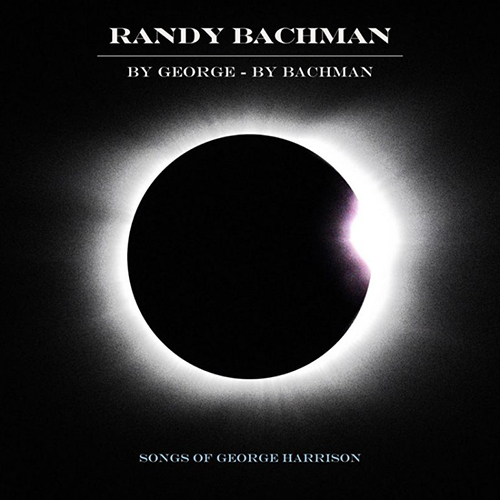 The Beatles changed everything for bands. Suddenly overnight, bands weren’t just a front man with back up musicians and singing other peoples songs. The Beatles wrote their own songs and all four took turns singing. So any band’s front man had freedom to sing John and Paul songs. Every drummer sang Ringo’s songs and the lead guitar player got to sing George Harrison’s songs. So in my mind, with my hair combed forward into Beatle bangs (from my previous Elvis pompadour), I was George for a few minutes on stage when I got to sing his songs: “the quiet Beatle and the quiet me.” I also got several George guitars: a double cut Gretsch Country Gentleman. A Duo Jet and a Rickenbacker. I even wanted to call my first son Harrison but my wife vetoed that idea. We called him Talmage instead which was just as cool.

Can you imagine George being in this band, competing with such incredible songwriters as Lennon and McCartney and trying to get one of his songs on an album? This situation prompted me to write “Between Two Mountains” because it symbolizes where George was and how every once in a while he did manage to squeeze in a song or two and it was great. Over time, he became a mountain as well. He was special and so were his songs. This collection is Randy’s re-visioning of his George songs in different styles to show how they stand up as compositions. A good song is a good song no matter what you do to it!

I could never replicate the original “George/Beatles” magic so I tried to create my own as a tribute. It’s been a challenging journey trying to honour each song and still take a few liberties to change the groove, a chord or two, and to reinvent it. I hope this gives new meaning to the old Brit expression, “By George” you’ve done it! Here is “By George” – By Bachman.