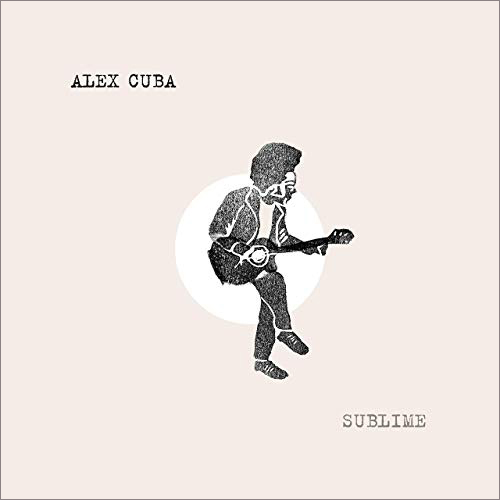 Cuban-Canadian artist Alex Cuba’s latest album is called Sublime, and this is entirely fair. His voice is, after all, nothing short of dreamy, a honey-sweet croon he layers over acoustic guitar and light touches of percussion. Cuba makes music for listening to beneath the autumn sun or over a leisurely coffee, for quiet office mornings and clean, quiet spaces. There’s no questioning his raw talent, his practiced skill, his instruments, or his production team. Thus far, his albums have won him multiple Latin Grammys and Junos.

On Sublime, there’s nothing particularly new under the sun. Opening track “Yo No Sé” is a particular standout, with Cuba beginning the song on an upright bass that remains delightfully present throughout. It’s an energetic touch of jazz that spurs his vocals on at top speed. It’s an invigorating introduction, but a brief moment overall. From “Cantando de Alegría” forward, Cuba returns to his signature folk pop pace – not a bad thing, but nothing too challenging, either. He sings of joy, unity, hope, love, acknowledging the negative but ever an optimist in his lyrics.

Sonically, Cuba’s compositional choices reflect the diversity of his influences. Born and raised near Havana and now based in the British Columbian town of Smithers – closer, as the crow flies, to Juneau than to Vancouver – his music includes a wide range of Afro-Latin sonic markers as well as allusions to the sparse rural folk-pop so evocative of more remote areas of the northern hemisphere. The former include hand drums, rhythms pulled from genres like cumbia and bolero, and guest artists from all over Latin America. These include Buena Vista Social Club vocalist Omara Portuondo, Dominican indie rock artist Álex Ferreira, Mexican balladeer Leonel García of Sin Bandera, Cuban nueva trova pioneer Pablo Milanés, Cuban artist Kelvis Ochoa, and young Mexican singer-songwriter Silvana Estrada. By and large, each contributor blends well into Cuba’s smooth soundscape, adding a new layer without so much as a ripple to disturb the surface.